Lessons from the wild & on the land, Magic & Miracles Rising: Angie Ardnt

Bring On The Woo is hosted by Veronica Irons, a professional psychic in Sedona, Arizona. Veronica has worked with thousands of individuals in her seven years as a healer, helping them become more aware of their own abilities and hidden talents, and revealing how those traits help shape their future.

The universe often has an extraordinarily unusual sense of humor when it comes to putting us into life circumstances that will mirror our internal and emotional development. In today’s story with Angie Arndt, and it begins with that exact divine comedy. Her spiritual awakening path started by working with exotic animals that were in a sanctuary. They were put there after people tried to make them pets unsuccessfully, being wild animals. At the sanctuary there was a huge range of exotics from big cats, donkeys and burros, and a myriad of others, yet it was their attitudes towards Angie, as cleaned their pens or took care of their other needs, that really created an awareness to the natural world and understanding of mammalian interaction. From here she started to become aware of the greater spiritual picture. She noticed there were those that could care less whether or not she existed, as they had given up on humanity, mirrored by the fact Angie herself, had given up on people as well, after a very difficult childhood of being poor and often misjudged. It was through working with these animals, over a period of seven years, that she was able to not only garner their trust but develop more understanding and awareness of the human condition, that we all go through things that can make us damaged and hurt, which then will lead us to be reactive, like the animals, that she then began to develop a deep sense of compassion towards her fellow man. It was at this point that a friend gave her a book on the soul and consciousness that up leveled her awareness to this practice, as well as taking her first international trip to Costa Rica.

While traveling she noticed that people were happy, even with very little. With that, the epiphany came that just simply by being an American citizen, this would actually give her more of an advantage in life via opportunities such as even having a choice to things like a variety of food. From here Angie realized that happiness is a choice and that is worth striving for internally rather than feeling like it is something that you receive from the external source. In coming to this place of understanding, she was able to rekindle a sense of joy that she then perpetuated further and further and more and more by getting out onto the more wild land of Florida and then eventually to Sedona, Arizona via California.

Angie now takes people out onto the land in the desert to help them raise their own awareness of the magic that can be found in nature. She herself has experienced miracles such as witnessing the kundalini rising in her self and a friend, not only in a proverbial energetic sense but also physically after doing a yoga practice out on the rocks. While in those movements, they noticed that a hawk caught, to her mind, the largest rattlesnake she had ever seen, and as it was captured, it was mimicking that same kundalini rising energy within the body as it was being carried away. Her story is one of many trials and tribulations, yet magic and miracles as well so let’s dive in!

Note: The statements and opinions in this podcast are those solely of the individual being interviewed, and not to be taken as medical advice. This podcast is for informational and entertainment purposes only.

More from this show 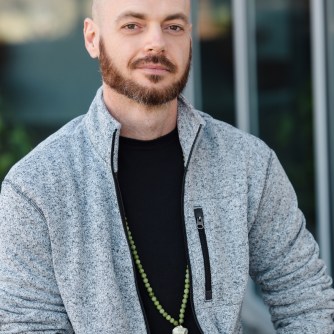 Chinese medicine has its roots in thousands of years of history and is still extremely relevant today. There is so much encompassing in...

There are ancient systems that have been left to us by our ancestors, that with the grace of God, have remained significantly intact to be... 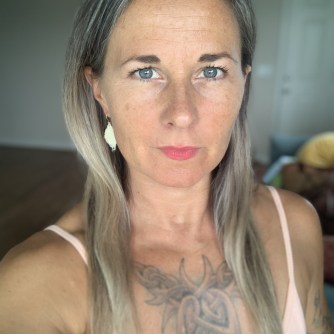 From Addiction to the Shaman: Sarah Walter

As we have heard before in other awakening stories, addiction is more than meets the eye. It is the pursuit/seeking something greater than...